Enter your City name or Pincode

Balachaur is situated in the Nawanshahr district of Punjab near the Shivalik foothills on one side and river Satluj on another side. This makes the place all the more beautiful. It is a historic town and was founded by Rajput Raja Raj Dev. He had come to this place long time back with his family members. He was a member of the royal family of Jaipur. After he arrived in this town, he went into deep meditation and named this city Balachaur after his son whose name was Balraj. Raja Raj Dev died in the year 1596. His tomb was erected in the town itself and he was worshiped by the people of the town as Baba Balraj. The present president of the mandir is Rana Purshotam Singh. It is said that before attacking Himayun in the year 1539, Sher Shah Suri had taken the blessings of Raja Raj Dev. 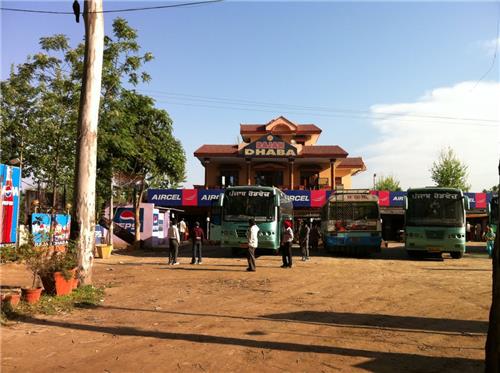 Agriculture is the main occupation for the people of Balachaur. The two main crops that are grown here are wheat and maize. Balachaur has a big market which not only serves the town but also other nearby villages. Apart from agriculture, a large number of people of the town work in private and government sectors. Lava cold drinks is produced in the S.V cold drink factory that was set up in the town in the year 2003. This industry produces large number of cold drinks and also provides employment to large number of people from the nearby town and also people of the town of Balachaur. There are also other industries supporting the economy of this city of Punjab.

Though not a very big town, Balachaur has good health care system to take care of the medical needs of the people residing in the city. There are private as well as government hospitals that have been set up with indoor as well as outdoor facilities. While the outdoors are open on all days of week for regular checkup of patients, the indoors are for those who have to stay in the hospital for prolong periods to get treated. There are general as well as specialized doctors to treat the patients. Here is a list of hospitals that can be visited for getting one self checked.


Safety and Security in Balachaur

The police personnels in Balachaur apart from their regular duties also go patrolling during the day and night to see if everything is in order. They can be approached for any problems faced. The police station is opened throughout day and night. The police play an important role in maintaining law and order of the town. In case of any requirement you can call the below mentioned number to seek assistance.

The major cities are well connected to this small town via a good network of roads. The main highway that leads to Jalandhar is situated very nearby. It is also near to the highways that lead to Jammu and Patahnkot. There are both public as well as private buses that ply between the town and to other cities such as Haryana, Himachal Pradesh, and Delhi and also to rest of Punjab. Local modes of transport such as auto rickshaws, rickshaw, motor bikes, cycles, private cabs are also available to travel for short distance. The nearest railway station is located at Garhshankar. From there lot of transport options are available to reach the town of Balachaur. The town being very small does not have an airport of its own either. If you are traveling via flight, the nearest airport to this town is the one that is located in Chandigarh. From there public and private mode of transport can be availed for reaching Balachaur.

Are you a Business Owner?

Add the products or services you offer